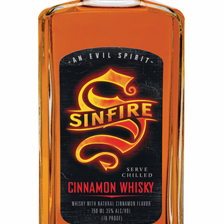 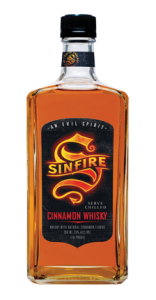 Sinfire is a newly released cinnamon whisky. We know there are already delicious cinnamon whiskeys on the market – but we really like this one. The reason we like it so much is it’s got more heat, more cinnamon flavor and a less sugary finish. Straight up, on the rocks or chased by bourbon ale – it’s all good. And even though whisky is not your typical “cocktail” contender we’be got to say, we love the “Cinnamon Toast Crunch” shot. The shot contains one ounce of Sinfire Cinnamon Whisky and one ounce of Rumchata. We suggest you quadruple this recipe because everyone is going to want one.