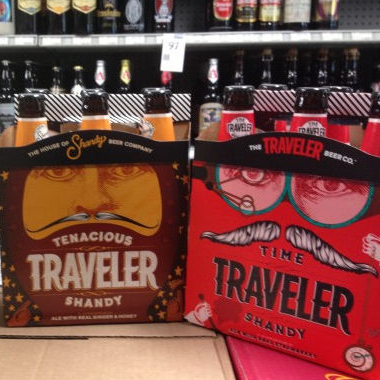 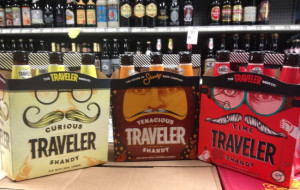 The first from the Traveler’s new line of Shandys, the Curious Traveler is the classic shandy. This shandy is a crisp, sharp ale with a bit of lemon peel and spice – The perfect refresher on a hot summer day!

Next comes the Tenacious Traveler shandy. The same crisp, tart flavor as the classic, but with a bold dose of ginger and honey. This shandy is sharp, robust, and flavorful. A must try for the adventuresome types.

And finally, the Time Traveler shandy: a delightful blend of wheat beer brewed with fresh strawberries. An unorthodox blend for the “outside the box” shandy drinkers.